Now for sale the renowned Type H van, with its ribbed bodywork, built at the Aulnay-sous-Bois plant in 1981, marking the end of a career that began in 1947.

Citroen H Van History
It was initially conceived around 1943 as a light weight, high capacity front wheel driven van that was full of innovation.
At a time when commercial vehicles, and indeed most saloon cars of the day, were built using a separate, heavy, cart sprung chassis and a bolt on body, the Type H was the first mass produced Van to utilise monocoque construction where the body and chassis were designed as an integrated unit.
Nothing else in the class was as light or so strong.
If this was the HY's only claim to fame it would have been more capable than most, yet this was only the start of the Citroen H vans onslaught on the Commercial market. It boasted an ultra low floor, 3 piece rear door, Front wheel drive, Torsion Bar suspension, Rack and Pinion steering, a very advanced braking system that was powerful but complex, 6' standing height and a side loading door. Also unusual for it's day was a large 1.9 litre engine, when other commercials of the era had much smaller less powerful engines. The VW T1 transporter of 1953 has an engine of  just 1.2 litres limiting it's useful payload.
It would be almost 40 years before front wheel drive, rack and pinion steering and side loading doors became the standard in the UK. We know of no other Commercial vehicle that took such a leap into the future. It is therefore not surprising it was in production from 1949 to 1981, with over 470,000 vehicles built in 3 different countries.
On introduction in 1949 the van had a designation of Citroen Type H. This was soon replaced by the designation Type HY and HZ. Most of the surviving vehicles are Type HY's and this is by far the more common name associated with the vehicle. 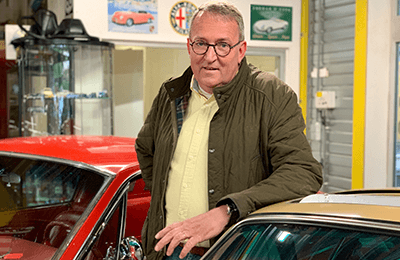 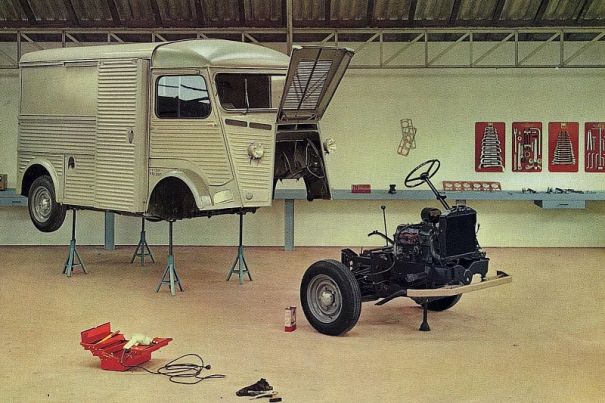 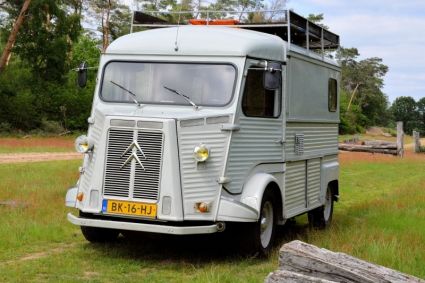 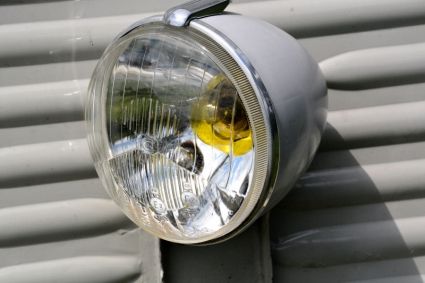 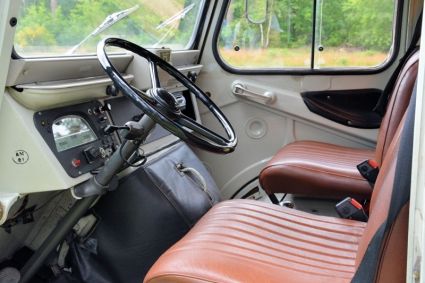